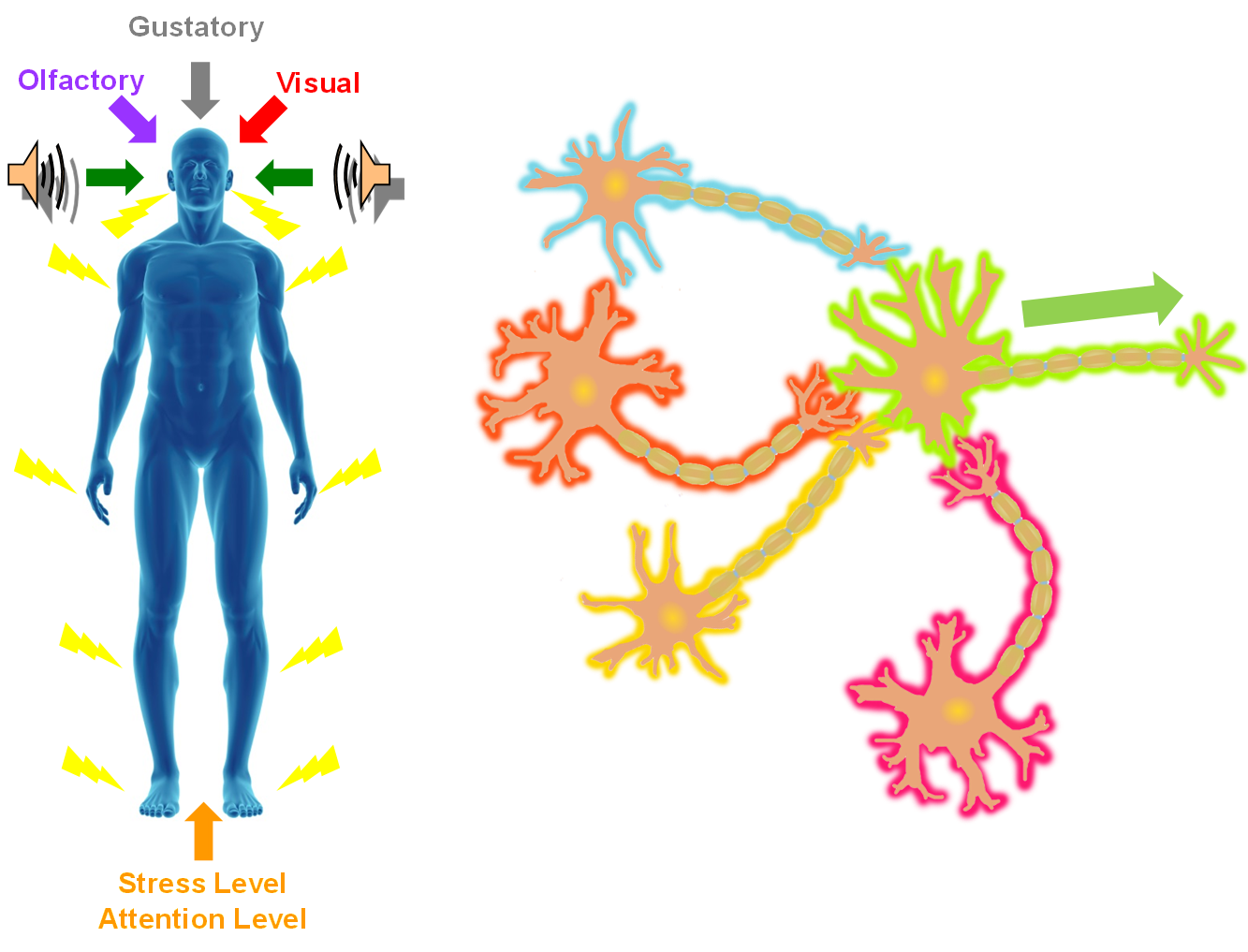 The SONIC Lab is conducting scientific studies that are focused on developing a non-invasive treatment for tinnitus, a neurological condition in which a phantom sound percept occurs in the absence of an external sound source. Tinnitus is a major health issue in our society, affecting 5-10% of the population and including a large portion of the working force and military personnel. Unfortunately, there are currently no consistent or predictable treatment options for tinnitus patients.

The pathophysiology of tinnitus is still not fully understood. However, it has been linked to hyperactivity and hypersynchrony of neurons across the central auditory system. The traditional approaches to reverse or suppress this abnormal neural activity include sound therapy to interfere or mask the tinnitus percept, psychotherapy to deal with the annoyance and stress caused by the tinnitus, and pharmaceuticals to interact with the abnormal neurons though usually they mainly affect the emotional state towards the tinnitus. Researchers have also tried to directly stimulate the brain, either through noninvasive methods, such as transcranial magnetic stimulation (TMS) and transcranial direct current stimulation (tDCS), or invasive methods, such as deep brain stimulation or cortical stimulation. Noninvasive approaches have lacked specificity or have not driven sufficient plasticity in the tinnitus-driving neurons. The invasive approaches require surgery, and thus may only be able to reach a small patient population, at least within the current clinical and cost framework available to most patients. Considering the high inter-patient variability of how and where tinnitus can be coded within the brain, it is critical to provide a treatment that can be easily and safely optimized for different patient subtypes towards personalized medicine. This will be challenging to achieve for invasive approaches since the implant cannot be readily moved around into different brain regions and the patients cannot safely fit their own stimulators with sufficient expertise to optimize treatment. What is needed is a noninvasive treatment that can provide a stronger driving force for plasticity yet with greater specificity and targeting capabilities than is possible with traditional approaches.

In the SONIC Lab we developed a new noninvasive neuromodulation approach, which we call Multimodal Synchronization Therapy (mSync), which may potentially be used to treat various neurological or psychiatric disorders. mSync seeks to achieve noninvasive yet targeted neuromodulation by taking advantage of the dense and topographic interconnectivity of the nervous system in which the brain integrates information across auditory, visual, somatosensory, motor, cognitive, and limbic pathways. By combining stimulation across these modalities at precise timing intervals, we propose the ability to achieve localized activation of specific populations of neurons while diffusely activating neighboring pathways, based on the assumption that different neurons have varying combinations and timing of these inputs. For mSync implementation, we hypothesize that: (1) the aberrant neural populations driving an abnormal brain condition are able to be activated by multiple inputs/pathways; (2) some or all of these pathways can be activated noninvasively; (3) using appropriate timing of activation, these pathways will elicit converging synchronized activation of the targeted neural population while eliciting temporally-diffuse activation of other populations due to difference in latencies of convergence; and (4) through repetition, the converging activation can induce neural plasticity relevant for treating the abnormal brain state.

We have previously demonstrated proof-of-concept of the mSync approach, initially using just two sensory inputs of auditory and somatosensory stimulation that was able to elicit different types of plasticity within the auditory system depending on location of body stimulation and timing between stimulation modalities (see publication by Markovitz et al.). We could modulate auditory neurons in different ways by adjusting mSync parameters, which may provide a way to target and appropriately alter tinnitus-driving neurons for therapeutic benefit to patients. Further studies in the lab have revealed that paired acoustic stimulation (e.g., broadband noise) with electrical stimulation of the trigeminal nerve, including the ear and tongue, can drive strong plasticity within the auditory system relevant for tinnitus treatment. These positive findings have led to an initial pilot study in humans funded by the NIH REACH Program (see Enhanced Hearing Aid in Humans section).

A former graduate student in the lab, Cory Gloeckner, discovered that the type of plasticity elicited in the auditory system using mSync is greatly altered depending on the attention and stress levels of the animals. These mSync plasticity effects were compared between anesthetized and awake animals chronically implanted with electrode arrays in the auditory cortex, in which varying levels of stress were elicited in the animals using well-established animal calming techniques and measured with the elevated plus maze test. The findings from this study reveal the importance of controlling for or at least monitoring stress and attention levels during neuromodulation therapy to improve stimulation settings (publication in preparation). Further studies are being pursued to integrate traditional neuromodulation approaches with stress relaxation and mental exercise techniques towards an integrative or holistic neuromodulation treatment for tinnitus and other health disorders.