Professor of Biomedical Engineering
Endowed Lions Professor of Otolaryngology, Head and Neck Surgery
Co-Director of the Center for Neuroengineering
Institute for Translational Neuroscience Scholar
Director of SONIC and TESS Labs

The goal of the lab is to push the development and translation of neural interfaces and medical technologies from scientific concept into clinical application with close collaboration with clinicians and industry. Initial medical applications focus on treating hearing loss, tinnitus and pain. We utilize a range of invasive and noninvasive technologies and approaches including electrical stimulation, ultrasound imaging and stimulation, EEG, and invasive neural recordings in animals and humans to rapidly push technology into the clinical and consumer realm. All projects in the lab follow the translational process depicted in the schematic below. The lab consists of both animal facilities and human testing space to perform proof-of-concept experiments that can then be developed and tested in pilot human studies, followed by further scientific and translational research to achieve confirmatory clinical trials and commercialization. 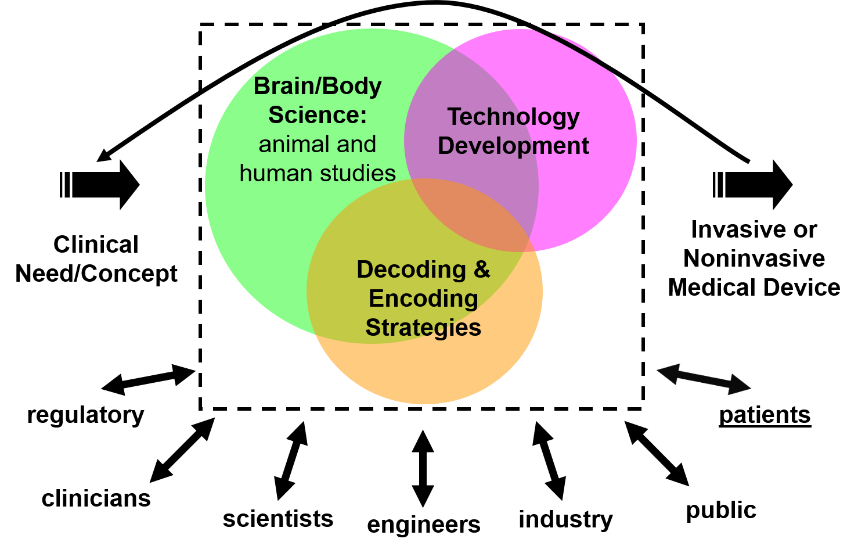